You are here: Home / Archives for The Rewards and Lessons Learned Tutoring ADHD Students: ADD vs ADHD

As we have entered a new century, and certainly a new period in history in terms of our development as a people and as a nation, the fast paced world we live has compounded the myriad challenges professional tutors, particularly tutors specializing in tutoring students with attention deficit disorder, better known as ADD, and attention deficit hyperactivity disorder, better known as ADHD have faced.

Here’s a definition from Wikipedia.

But first, I will add a qualifier:

While many academics and professionals take issue with the use of the Internet, and in particular Wikipedia, both are tools and only as good as the individual wielding those tools. Yes, the Internet and Wikipedia are fraught with mistakes, misinformation, and, well, pure garbage; and yet, both can be incredibly useful tools in the hands of students, academics, and professionals, alike.

And for all of the critics out there?

Well, they better get used to both because we aren’t going back…nor would most of us want to!

Even if you think you know what ADD and ADHD are, it would be a good idea to check this definition out!

So, here it is, as promised:

Regarding ADD as a Subtype of ADHD:

The DSM-V seems to be taking an even more definitive stand:

In Other Words: ADHD Stays and ADD, well….

At any rate, we all know that information overload is a problem for almost everyone trying to keep pace in this fast paced world. However, there is a certain subset of the population that seems to be struggling. Interestingly, more adults seem to be stepping forward with the same sort of complaints, the same symptoms, many of the ADHD students I tutor are plagued with.

Is this a new expression of ADHD or did these men and women have ADHD all along and we just missed it the first time around?

However, there is a qualifier here, as well:

Many of the men and women I see who are complaining of ADHD-like symptoms as they attempt to keep up with their business-lives and/or their undergraduate or postgraduate workload are, in fact, experiencing a severe form of information overload. Information overload as a consequence of the rapid pace of how information is being disseminated…and the pace of living, in general.

In today’s interconnected world of iPhones and Androids, iPads and Galaxies, Kindles and Nooks…and they are indeed everywhere…information, and people, are available 24/7/365.

This is indeed an exciting time to be alive!

However, it comes at a price!

Let me ask you a question:

If so many adults appear to be suffering from some sort of information overload version of ADHD, is it really all that surprising that a large and growing subset of our student population would also be exhibiting the same sort of symptoms?

This is not to say attention deficit hyperactivity disorder (ADHD) is not a real condition!

In fact, after more than 30 years of tutoring ADHD students from 5 to 55 years of age and beyond (throughout the Cleveland area and in other regions of the country when in school), and unlike some academicians and medical professionals specializing in education and in ADHD, I have little doubt that ADHD is very real.

Tragically, I have also witnessed first-hand the consequences of ADHD. I am utterly convinced that ADHD can, and will, wreak havoc on a student’s life, in and out of the classroom, if ADHD is not properly diagnosed and treated!

Treatment* of Students with ADHD:

e)      A Professional Tutor – A Tutor with Experience Specializing in Tutoring, Mentoring, and Coaching Students with ADD (definition notwithstanding and diagnosis dependent), ADHD, Asperger’s Syndrome, and Other Learning Challenges

The combination of all five components is crucial for ongoing success!

The fact is, most ADHD students will require ongoing education-based counseling and support. It is easy to fall behind and most ADHD students may not ask for help until they are in trouble…if then! Therefore, once the diagnosis has been made and the medical care assured, the school must be notified and a professional tutor experienced in tutoring ADHD students must be consulted and brought on board.

Ultimately, we are talking about assuring a successful life for the student!

It is crucial that the ADHD student be provided with all of the medical, psychological, and education-based support he or she will require to not only get through their years in school, but to flourish!

Definitions aside, if you think you, your son, or your daughter is in trouble?

They probably are, so don’t hesitate to ask for help!

You can seek for your child at any level in the treatment paradigm…as long as you ultimately cover all of your bases and seek out professionals experienced in tutoring ADHD students.

Professor John Zajaros, founder of Westside Tutoring and Testing Services, has well over 30 years of experience tutoring students with ADHD and at all levels, from pre-school through professional school and postgraduate work.

Professor Zajaros has also spent years mentoring and coaching businessmen and businesswomen attempting to come to grips with information overload, business building, and diagnosed ADHD in this fast paced world.

In every instance, we will call you back within 24 hours!

We Work with Students in All Subjects and at All Levels!

*I am not a medical practitioner. My NSF funded doctoral fellowship and studies at a consortium made up of Columbia University, NYU, CUNY Graduate Center, the American Museum of Natural History, and the New York Zoological Society, in physical anthropology, were primarily focused on “bones!” And specifically on the age-progressive phenomena affecting the spine and sacroiliac joint. However, I have had a lifelong passion for working with students affected with learning challenges (specifically ADHD). It is an avocation that has, and always will be, a huge part of my life. Again, I am not a medical doctor. Seek a medical diagnosis before declaring yourself, your son, or your daughter as affected by ADHD. Be grateful if it is simply information overload…and call me either way, I can help with both! 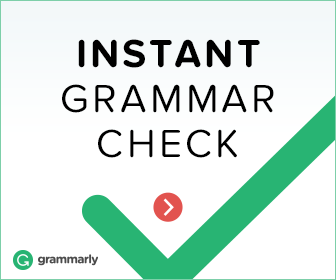